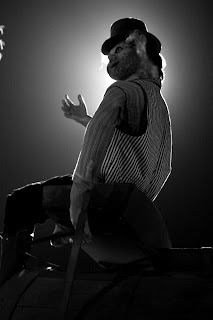 Twenty-one years ago today, I went to New York City for the first time in my life.  I had just finished a cross country trip with a friend I had made that summer doing summer stock at the Barn Theatre in Michigan.  He was from a little town in Jersey called Peapack.  We spent about a week traversing the country, and had gone to places like Ashland, Oregon to see the Shakespeare festival, and Twin Falls, Idaho to see where Evel Kneivel tried to jump the Snake River with his rocket/motorcycle thing.  I even saw my first moose when we drove through Yellowstone days before it closed for the winter.  Somewhere, there is an old box full of old photos of that trip- I don't know where, exactly, and hope to come across it before I kick- but until then, I have to rely on my mind's eye.  Anyway, we ended up in Peapack on October 30, and on the next day we took the train into NYC, crossing under the Hudson River and emerging from Penn station like ants crawling out of their colony.  I remember thinking of the Hopi, and their belief that when they were created, they came into this world from an older one via a hole in the ground.  Here I was, a neo-Hopi, coming out of a hole in the ground from my old world and into a new one.  It was exciting, strange, and a little scary.  We walked all over town, first going up to Hell's Kitchen, then down to the Village, ending up near Union Square where a my buddies girl friend from the summer- a drama major at NYU- lived.   We watched the Halloween parade, which to me looked like a cross between Mardi-gras and a zombie apocalypse.  It was glorious.  From there, we proceeded to Rock Around the Clock, and bistro near St. Mark's Place, and drank a lot of raspberry kamikazes.  A lot.  At one point in the evening, after things had become fuzzy, my buddy's girl made a pass at me- which was shocking and flattering and uncomfortable.  The three of us staggered back to her place, and crashed.  Well, I crashed- they got into an argument.   I was awoken at dawn by my friend, who informed me that he and his lady friend were breaking up, and it was time to go.  I was exhausted, somewhere between hung over and still drunk, and not in the mood to go anywhere.  But he was insistent.  So off we trudged, through now mostly empty streets, which were full of the remnants of the nights revelries. 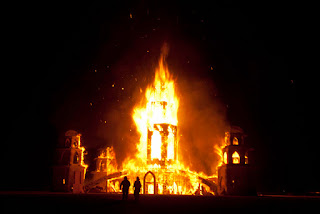 That's NYC to me- dramatic, strange, and intriguing.  She's been very good to me over the years.  I've had the great fortune of having most of my plays produced there, and for several years wrote reviews for nytheatre.com - one of the best sites for theatre in the country.  I can't think of another city in the world where you can go to a show every day of the year, and never repeat yourself.

And this November, Gotham is treating me kindly again, with two readings.  First, on November 14, Harvardwood NYC is presenting a reading of Burning Man, a screenplay based on my play Burning the Old Man, at 6pm at Solas 232 E. 9th St.  And then on November 19, Boomerang Theatre Co. is presenting a reading of my latest play, Riddle Lost, at 5pm at ART/NY 520 8th Ave. 3rd floor.  If you are around NYC, I really hope you can make it.  I don't know if it'll be as amazing for you as that first day in Manhattan was for me, but it just might be. 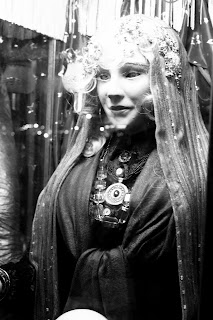