Showing posts from June, 2016
Show all

SOME DAYS ARE MAGIC 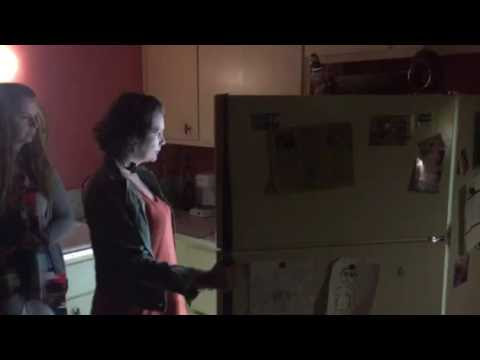 Some days are magic. Plain and simple. You usually don't realize it until after it's over, because you are too busy in Magic Land, learning secret dances and singing ancestral songs of madness and love you didn't know you knew. But later, you think back to the wonderous day that was, and say to yourself: that was a magic day.

At least, that's how it is for me.

I had one of those recently, and I'm going to try to tell you what is was like, if I can.

That's the thing about Magic Days. It's hard to convey to people who weren't there what it was like. All you can do is give inklings, sketches, partial memories.  Even so, you feel compelled to tell the world what is was like- because so much of life can be mundane and drab and sad and rough, when a day comes along and reminds you that being alive is a wonder in and of itself, you have to share it, even though you know it's impossible to share it completely. You have to- because that's part of being a …
Post a Comment
Read more

COME WRITE WITH ME 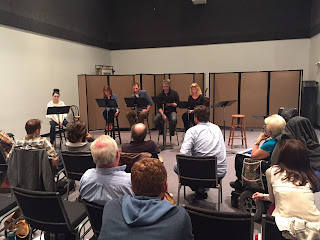 Ok. Shameless plug time. I teach playwriting for adults at the DCPA. It is a blast. People come in, we work on their plays, and at the end of class, there is a staged reading of ten minutes from the best of each students work.

It's really amazing to help someone find their voice; to be able to make them feel safe enough to take that huge risk that is writing something and having people read it out loud; to be one of the first to hear a new play.

I've already done two sessions this past year, and they were both amazing. Really cool work- about everything from clones to submarines, sex workers to rock stars- has come out of the class already. This past class was the first where we had actors from the DCPA education classes perform the work created in the playwriting class- and it was amazing. For a playwright, it is invaluable to have your work given life by actors.

I want to hear more!

If you live in Colorado, and want to join a writer's workshop that is both challenging, …
Post a Comment
Read more
More posts