THE UNIVERSE IS COOL

It is. Things happen that make me think there is some sort of purpose, some hand that guides us on our journey from cradle to grave, a kind of fate if you will, that connects us all.

Do you capitalize the Force? Hmmm. Where's Obi Wan when you need him.

Anyway, I went down to Colorado Springs to see the Fine Arts Center's excellent production of Steinbeck's "Of Mice and Men", directed by by Scott RC Levy. The show itself was fantastic- which is no surprise, based on the season so far. On a beautiful set, designed by Chris Sheley inspired by the art of Thomas Hart Benton (read more about it here) Levy tells a story of isolation and friendship that is alternately heart warming and heart breaking. Kent D. Burhnam plays the long suffering George, a farm hand down on his luck traveling with his friend Lennie, a man-child who happens to be very strong, played with the perfect mix of delicacy, innocence, and sadness by Logan Ernstthal. Burhham takes a no nonsense approach to the role of George, giving him a natural ease and making the final scene all the more tragic as a result.  Dean Steffen as Curley- a bully and a dandy with a Napoleon complex, is outstanding. Adrian Egolf, as Curly's lonely, flirtatious wife, takes a role that could easily be played as a stereo-type and makes us feel for her, even though she's trouble through and through. And Chris Devenport, as Crooks, practically steals the show in his scene with Lennie. His ease on stage, coupled with some truly dynamic vocal and physical work, is just excellent. If you are anywhere near Colorado Springs, you should go see this show. It's another gem offered up by Mr. Levy and company that shines. 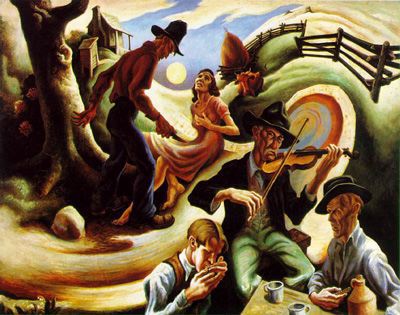 What does this have to do with the Force and all that? Well, I'll tell you.

First off, Adrian Egolf, who plays Curly's wife, also happens to be starring in STRONG TEA, a short film written and directed by yours truly. I had already been planning on seeing Of Mice and Men before I found out that Adrian was in it. Second, at the show, as I read the program bios of the cast, I saw that Kent Burnham had worked at the Western Stage of Salinas, CA. A place I had worked several seasons as an actor, most notably as Adam/Aron in the world premiere, 9 hour trilogy of Steinbeck's East of Eden in 1992 and again in 1994. Something was trying to click in my little mind as I read that in   his bio. After the show, there was a talkback with the cast and director- and I asked Kent about his work at Western Stage- turns out he did the 2000 production of East of Eden, and played Adam/Aron as well. On top of that, we had hung out together a couple of times on the Lower East Side of NYC long ago. Weird, no? Well, maybe not weird, but cool.

Speaking of cool- please take a moment to check out the first trailer for my film- Adrian is the dark haired beauty. Devon James plays the blonde with the temper. And Tim McCracken, who plays the lead, was in the cast of East of Eden with me in 1992.

That's about it for now. Gotta keep on keeping on.

"Of Mice and Men"...my favorite Steinbeck novel. Wish I could make it there to see it.

Lots of coincidences, eh? Truly is a small world.