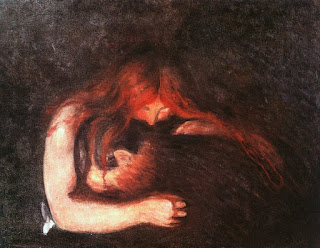 I'm working on a new script- a pilot for a tv series that for the moment I am calling Boogie Man. It's a  character driven paranormal show that examines America through our many myths and legends. Let's face it- we love horror. There is a reason that thrillers are the most greenlit movies out there. They make money! Hand over fist, day after day, year after year, we fork over our hard earned, meager wages to watch ghosts and ghouls and creepy dolls terrorize what we pretend are average Americans. It is what we do, for the most part.

Don't like scary movies- that's cool, but I hope you realize you are in the minority. And kind of un-American. 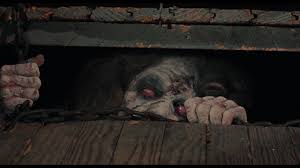 One of the things I like about being scared is the rush- the adrenaline ka-pow! feeling when the clown attacks from under the bed, or the decapitated head pops out of the boat. That immediate, in-the-moment realization that for a least this second, I am alive and fear for my life. And then I get the added bonus of realizing that I am in a theatre, or in front of our tv, and not going to be eaten by a zombie anytime soon.

But I think there's more. It seems to me that we recreate our own mythology on a constant basis, a pantheon filled with the likes of Jason and Saw and voracious aliens and gigantic dinosaurs.  We have to- we need to have the Unknown, the mystical, the I don't-what-the-hell-that-is-but-I-know-it's-there feeling. We need the dark. There is something magic, something Other in the dark- and I dig that the most. The Other. The magical things, that fill us with wonder for reasons we can't really explain but remind us there are more things in heaven and Earth than our little lives. I want to make stories that not only terrify, but also remind us of the majesty and mystery of this big freak out called life. I want the numinous.

This is clear if you look at anything I've written. I have ghosts, muses, a woman with a psychic sense of smell, and the trickster god Raven, among other things, in my plays. I am a magic realist. Or, as they call me in Brazil, a poetic realist. (you can find out more about my plays by clicking here or here) 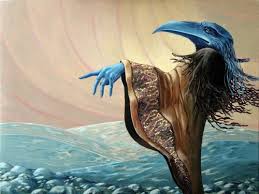 I also want the comical. I want Cabin in the Woods, and the original Evil Dead films. I want people like Tobe Hooper and Stephen King and Kurt Vonnegut to shake me up. I want a horror story where suddenly werewolves are singing Good Morning Starshine on rooftops and it makes complete sense. I want the wide open sky to fill with demons, and the land to be covered with aliens, and then have it be like a huge middle school dance, with nobody dancing and everyone watching everyone else with a mix of desire and contempt.

Here's what I have for the show. Jack Cro'Haven is the obnoxious host of a paranormal reality series called Boogie Man. In the pilot, a young gay couple are killed by the Ghost Bride of Cumberland Falls- a real life legend in Kentucky. The Boogie Man show investigates. Jack and his crew hold a town meeting, just like they do in every episode of Finding Bigfoot. During the time meeting, Jack meets Casey, a deeply religious, painfully shy young woman who, quite unbeknownst to herself, has amazing psychic abilities. At the same time, a bunch of fanatics similar to those morons who go to soldier funerals with signs that say things like "God hates fags" shows up and do what they do. Things get ugly. Beliefs are tested, shook up, shattered, and put back together. Casey has her world shaken up by Jack. Jack is given a glimpse of the numinous by Casey. By the end of the episode, the murder is, if not solved, dealt with as best as can be. Jack and Casey set off to see what more they can do for each other, and what other monsters, myths, and legends they can explore.

PS- if you are a studio executive reading this- contact me immediately and start paying me money for this stuff. I will be able to write more often if I get paid for it.