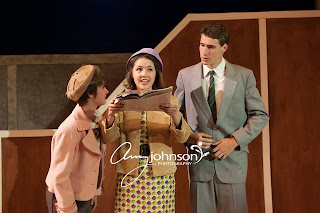 Last Thursday night, I wanted to explode. It was the final dress rehearsal for How to Succeed in Business without Really Trying at StageDoor Theatre in Conifer, and things were not going so well. The actors were forgetting their lines. The scene shifts were taking so long they felt like waiting in line at the DMV. The band was hitting a couple of clunkers. And the hardest working actor that night- a young man understudying the lead role of Finch who was set to perform opening night due to the tennis schedule of the other Finch- came down with some sort of virus and almost collapsed during "Brotherhood of Man", the big final number.  We had added twenty minutes to the show- not with new dialogue or bits of business. Just with delay. I really wanted to explode. 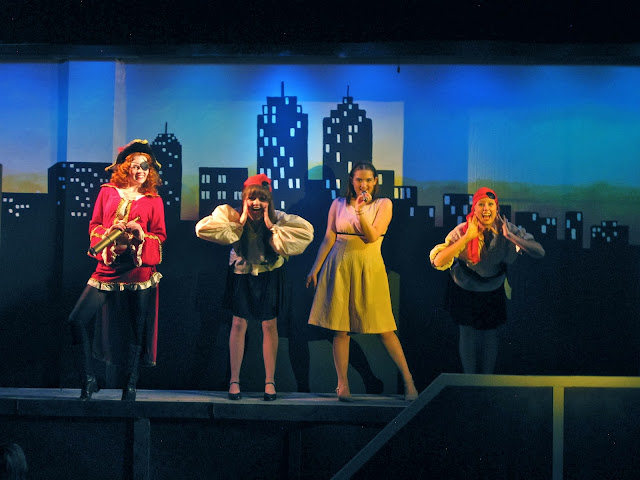 But things can, and do, get better.

The understudy Finch had to take the next night off. But the other Finch was available due to not going to State Finals- usually a sad thing but for the show, a godsend. Friday night, we opened. Things started to click. We erased the twenty minutes we had added to the show. The band played sublimely. The cast  got back into the groove of things. And the audience really liked it. By Saturday night, our Finch understudy was back in good health, relatively speaking, and wanted to go on. I looked him in the eye, and asked him is he felt ready. He said yes. It was up to me whether or not we let him perform. I decided to go with it, based on my gut. Something felt right. There was electricity in the air, or something like it. Some weird sort of energy was filling the theatre. I don't know why, but sometimes, in theatre, a strange magic happens. Maybe it happens everywhere, but being a theatre person, I have experienced this rare sorcery through the stage. For whatever reason- hard work, confidence, rehearsal, and/or a set of un-named theatre gods who smile down on us from time to time- there are certain performances and shows that go to this other place- a level of existence where everyone is psychically connected, where every member of the cast is fearless, inspired, and brilliant. Saturday night, How to Succeed in Business without Really Trying became one of those shows. Every single member of that cast took exponential leaps in their performances. I don't remember at exactly what moment I realized that something special was happening, because I was too busy enjoying the show, laughing and clapping and shouting along with the rest of the very enthusiastic crowd. But every time another cast member went the extra mile, it would inspire one of their fellow actors to take an equally daring leap of faith in both themselves and the show. 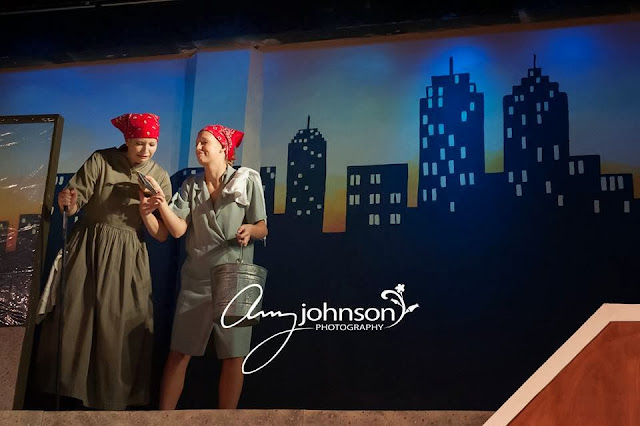 So now, the show has become one for the ages, one of those productions I will speak of fondly, and tell legends about, and refer to when directing other productions.

As my wife always says, leap and the net shall appear.